Magazine > Building bridges between Central and Eastern Europe | The EEPAP

Building bridges between Central and Eastern Europe | The EEPAP 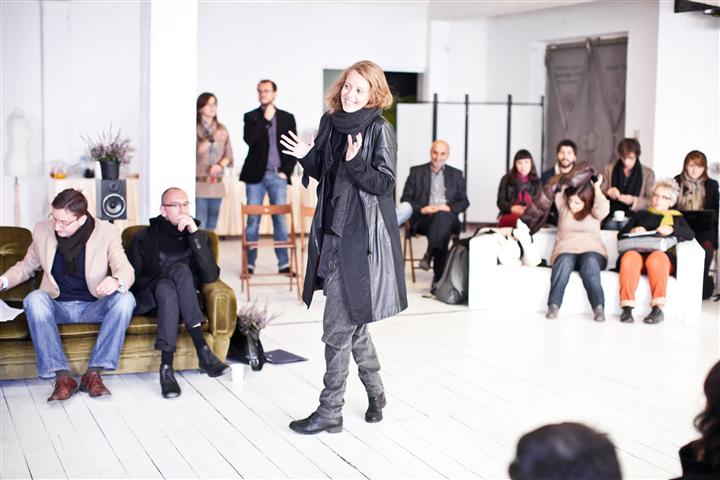 The Eastern European Performing Arts Platform (EEPAP) is a project initiated in 2011, by the Adam Mickiewicz Institute as part of the Polish EU Presidency that reached countries such as Slovenia, Bulgaria, Hungary, Romania, Slovakia, the Czech Republic and Poland, but also numerous non EU countries. The platform focuses on the fields of dance and theater and is a result of the cooperation between independent experts from Central and Eastern Europe.

The platform is made-up of three main pillars: information, education and co-production, being continuously determined on making possible a more cross-over between different art-forms.

Marta Keil, performing arts curator, co-founder of EEPAP, answered a few questions for culture360.org in order to find out more about this alive and focused-on-artists platform.

Florentina Bratfanof: you mentioned the idea of EEPAP traces its origins back to 2008 when, during a conference, you discovered that “despite our common history we have virtually no common experience”.  After one year of its actual existence can you share with us some successful initiatives and projects EEPAP accomplished in this sense?

Marta Keil: the EEPAP is dedicated to the contemporary performing arts field, where we all are in a way struggling with the problem of self-definition. This context makes our meetings and common work even more fascinating.

Indeed, even if we all in Central and East Europe have sort of similar history of the last 70 years, the local contexts, depending on social, political situation is very different one from another. For instance, if we start to speak about political theatre, it means something else for each of us and our discussion is blocked in a moment. This is the reason why EEPAP is based not only on integration, but above all on research and educational projects. In 2011, we published a book about Organisation of performing arts in Central and East Europe – a report which aims to describe the infrastructure in which we work day by day. We have done the research in 18 countries. Moreover, we organized a series of international workshops for artists, curators and thinkers, to discuss the contemporary theatre and dance in Europe in the political and social context. Among several meetings and study visits we have also initiated a first residencies programme and a project of contemporary performing arts dictionary and started the preparations to establish an Institute for Performing Arts in Lublin (Poland), where the EEPAP has its office.

[FB]How are the artists and the institutions included in this platform? Is there a selection process, or is it open to anyone?

[MK] The platform has two main fields of activity: the network and the research and educational project. The network is open to every active performing artist, curator, thinker, researcher, theoretician from Central and East Europe. We offer a website, which is a tool to publish one’s work, find partners, get to know each other, discuss. The research and educational projects are curated and organized by the team of the EEPAP initiators. We have chosen the artists and institutions to work with during our two-year long preparations, travels, meetings, ex-changes of thoughts and needs. We are working on finding the funds by ourselves. At the same time EEPAP is open for new ideas and initiatives coming from our partners and contributors, if they are open to work together on finding the financial resources to make it real.

Frankly speaking, if you want to build an organization based on a network structure and avoid any financial contribution from the participants, then it is very hard to define the concept of membership. We are working on it right now, discussing this situation with our more experienced friends and partners, who initiated important networks, as IETM or Nomad Dance Academy.

What is crucial for EEPAP is to focus on concrete activities, instead of only meeting, talking and discussing the structures.

[FB] EEPAP is the kind of network that  focuses on supporting artists to produce their work. Please tell us more about the co-productions the platform initiated.

[MK] So far we had no chance to produce the performances – our resources do not allow us to step into such a big scale of projects. On the other hand, big co-productions and festivals are not our goal. We are based on the research and educational activity, although some of the workshops and research projects may finish with ‘a product’ – a performance or publication.

[MK] The role of the curator is getting definitely more and more important in the contemporary performing arts. If in the visual arts some of the artists and thinkers are now talking about the end of curatorship, in the theater and dance fields, the role of the curator is still seen as very important. Curators of the biggest theater and dance festivals create a contemporary mainstream, choosing which artists to work with and excluding the others. If we have a look at the big festivals programmes, we can usually see the same names everywhere. The only difference is basically who managed to get more co-producers. On the other hand, in the independent field, the curatorship still may offer an alternative approach to the institution, hierarchy and is a chance to change the way of thinking about the production system in contemporary theater and dance.

[FB] Either for artists or cultural operators, cultural managers in the field of performing arts, residences are playing an important part in the development of professionals. What kind of residences is EEPAP  planning to create?

[MK] Both: for artists and for curators and producers. We cooperate with the theatres, dance festivals and centers in Europe to invite young professionals for a period of 2-3 weeks. Hopefully we will be able to extend the time frames soon.

[FB] In an interview you mentioned the educational programme: Curating Performing Art – “a type of curator’s practice school”. How many applications did you receive in 2012?

[MK] This year we have chosen 14 residents from 8 countries (Hungary, Poland, Slovakia, also from Armenia, Belarus, and Ukraine). EEPAP announced an open call in the summer and we received around 60 applications.

[FB] During our exchange of e-mails you mentioned being involved in two events: the EEPAP meeting in Lublin (15th and 16th of October 2012) and the International conference about dance in Central and Eastern Europe after 1989 (8th and 9th of November 2012).
About the most recent one, what were the main subjects in focus that came up?

[MK] Initially, there were two main inspirations to think about the conference which concerns contemporary dance in Central and East Europe. First was the report, prepared by EEPAP, which shows a lack of dance infrastructure in our region in comparison to drama theatre. Even if in the 20’ and 30’ the dance was very important in Central Europe, after 1945 it disappeared. It would be fascinating to start a research on this topic: why? why the dance? why here?

On the other hand, in the Balkans the situation nowadays is the opposite: the dance and NGO infrastructure is much more developed and interesting than the repertory drama theatre. At the conference, we were trying to draw the local contexts and see, if we could find any common needs - to start to work on.

The second inspiration was the publication that will be edited by the polish Music and Dance Institute, which describes the situation of contemporary dance, its identity and autonomy in Central and East Europe. The book will be published in 2013.

Both events - the book and the conference were the first initiatives that were trying to present a broaden overview on a contemporary dance in our region. I am convinced this is just the beginning.

[MK} The main goals are two: first, to develop the network structure and second,  to develop the educational programme into an Institute for Performing Arts, with its base in Lublin. This would be our proposal of the space to discuss and create contemporary performing arts; an Institute, which would be a proposition alternative towards the already existing institutions.

-          A map about existing cultural platforms, released in 2010, but still interesting:
http://www.culturemap.net/documents/CULTUREMAP_summary_brochure_FINAL_2010_03_23.pdf

A4 - Space for Contemporary Culture

Talking about contemporary circus in Europe